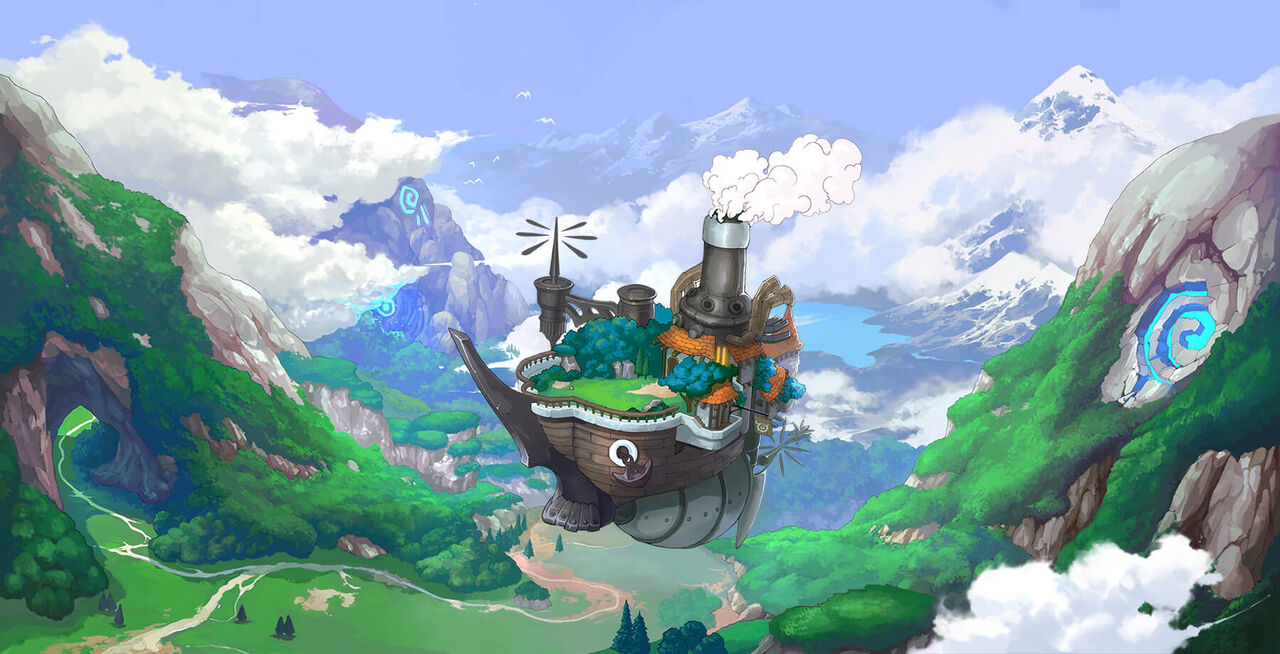 What's on your mind?

We are looking for new members to join the family. Join the community and become part of the Apothecary family! We use the best chatroom app, Element!

So basically I have beaten the star sanctuary boss a bunch of times already and sky falls has not been unlocked for me, and hard mode for sky sanc for me is locked too why?

The GF smashed my phone to a million pieces.... only option I have is android. I was using it on my apple and it was saved to my GameCentre account?

Do I have options to transfer with this?

At around halfway through chapter six I finally found some interesting dialogue, s that's nice but more importantly, _SLIMES._ while you only get access to grass and water during the first three chapters, the last chapter of the first continent is AS A GELATINOUS MESSIAH OF BUR ING JUSTICE! indeed, ...

You may notice some posts here in Discussions that seem strangely old for being new, and some written by anonymous users. That is because content from the wiki's old forums has been migrated into this Discussions area. No posts have been lost, and you can now carry on conversations in one instead of two separate places.

The old forum boards have been turned into additional categories. Admins here can consolidate the categories, if they wish.

Curious to find out more about what this is about? Here are our FAQ: microsoft.wikia.com/wiki/Help:Discussions_FAQ

(edited by A Fandom user)

I beat Star Sanctuary on both Normal and Hard, but Sky Falls is still locked. Is there something else I need to do?

How's this Seira event treating you? Do you like those upgraded rates? How about that Dark Seira re-roll?

Then let's scream about it, shall we?

+ PRODUCE SALT AND SPREAD IT AROUND

+ TYPE IN ALL CAPS

+ BE RESPECTFUL TO OTHERS AND FOLLOW GENERAL RULES OK LETS GO

Did you know we have an active Discord server? It's a great place to get instant feedback and to connect with others in the community. Discord can be used via a web browser, desktop, or your phone!

You can learn more about our server on the Wikia's Discord page: monstersuperleague.wikia.com/wiki/Monster_Super_League_Wikia:Discord_Server

Why not stop in and chat?

Here is a link to a spreadsheet I created. The X's are monster I have, but anyone should be able to copy and paste it to your own document and change the numbers to reflect your own monsters, and the blue monsters are where I have all of eve 3 or all of the monsters of eve 3 of that species.

How many of Astromons slots can you add?

There should be another way to fusion. To get to shiva you have one way where you are given many choices like light anu or water victoria, which can be nice additions to your team. But on the other side you have to catch 16 boltwings, making sure 1 is a fire one at least. So I wanted to suggest that it should be added another fusion table to get the fire boltwing, it won't be easy, but also not as difficult as it already is.

It could add some new astromons that could be great, like cura, cupid, succubus, tiger or something like those. As well as some low star ones like monkiki, bron, bellpup or shellie. And make them fuse in order to get a fire boltwing. As you can see for the astromons I mentioned, it would not be easy and you would need or high level, or high ammount of astrogems to get those astromons.

Please post below any pages, sections, incorrect information, or missing images you find while browsing the Wiki. This will help us track down things that need to be changed/updated.

Those to update/correct things posted here: Please reply here or in the Wiki discord server's #wiki-support channel to let us know that it has been corrected.

Once a user successfully adopts a Wiki and becomes a bureaucrat, they gain the ability to promote a Wikia user to Administrator(sysop), Rollback, Content Moderator, Discussions Moderator, Chat Moderator or another Bureaucrat. They also can remove the rights of other users up to nothing, excluding the Bureaucrat right (with the exception of their own Bureaucrat role). See w:Help:User rights for more information.

Due to this, the Bureaucrat role is the most powerful admin right among other admin/mod rights that a normal Wikia user can have and shouldn't be given out easily or abused by a tyrant.

In my opinion, I think User:Maymurs is suitable to be a bureaucrat for the Monster Super League Wikia since she was an active admin for our wiki previously and also was one of notable mods of our wiki's Discord server(currently closed), so she's regarded as a trustful person with great admin experience.

In case you forgotten about across other Fandom wikis, I'm also an owner of To Heart Wiki as an adoptive founder. I saw that that anime, but their community was pretty much inactive since 2014.

To Heart is just a visual novel game, but they also adapted to anime and manga.

If you are interested towards to that anime, you are welcome to make our community grow!